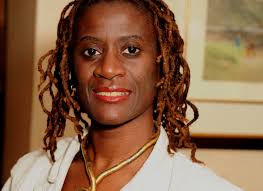 A graduate of Birmingham University (Maj. West African Studies), she is the founder/publisher of SABLE LitMag, and SABLE LitFest. She is the editor of several anthologies of work by writers of African and Asian descent, including Dreams Miracles and Jazz: New Adventures in African Fiction (Picador Africa 2008) edited with Helon Habila, Dance the Guns to Silence: 100 Poems for Ken Saro-Wiwa (with Nii Ayikwei Parkes), IC3: The Penguin Book of New Black Writing in Britain (with Courttia Newland) and Write Black, and Write British: From Post Colonial to Black British Literature.  She has published her own poetry, short stories, essays and articles in magazines, journals, anthologies and encyclopaedias in the UK, USA and Africa and been broadcast on BBC World Service.

Kadija has co-ordinated many literary events, such as ‘Word from Africa’ at the British Museum (2008) and organises international writer’s residencies – the SABLE Writer’s HotSpot to The Gambia, Cuba and New York. She is a fellow of the George Bell Institute, a Fellow of the Kennedy Arts Centre of Performance Arts Management and an associate of Vision Quest International. She has received several awards for her work in the creative arts.

Her poetry collection, Irki (which means ‘Homeland’ in the Nubian language) is published by Peepal Tree Press.