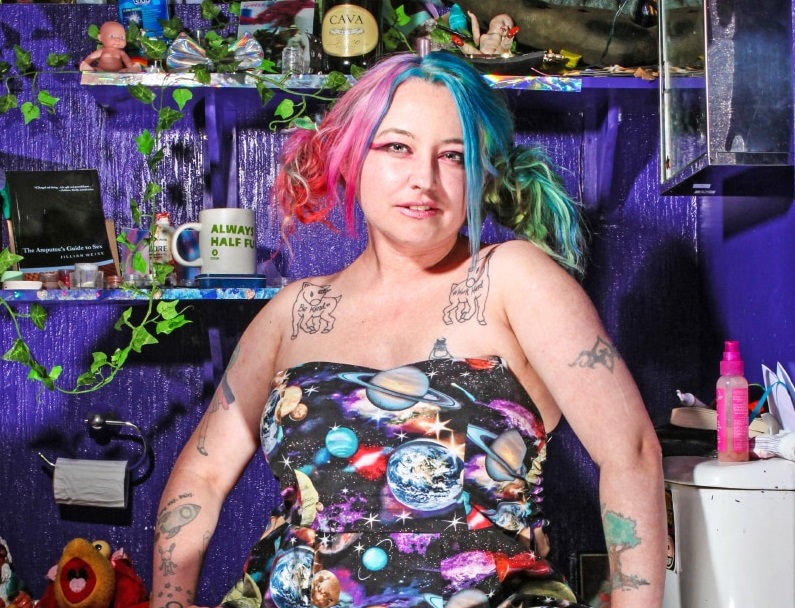 She writes for performance: plays, poetry, stand-up comedy and solo shows. She doesn’t care much for genre she just wants to connect with the audience.  She runs workshops to help people who have been silenced, failed or forgotten find their own voice. She believes in the power of creative expression and being nice to people who are all messed up.

Her first solo show ‘Some People Have Too Many Legs’, written while she was in hospital having her leg lopped off, won the Saboteur award for ‘Best Spoken Word Show 2015’ and a Creative Futures award for literature. The show contained stumpuppetry and plenty of drinking from false legs.