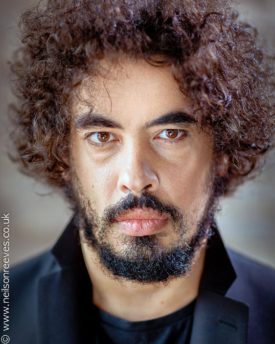 Ali Gadema has been working as an established rapper, poet, hip hop theatre practitioner and educator nationally for many years. He has received national and international recognition performing in Jamaica, Washington DC and other places around the globe.

Under the alias of Frisko Dan he founded Freestyle Mondays, a night of improvised lyricism and beatbox at the Contact Theatre. In 2005 Ali started Sharpening SAWDS, a hip-hop arts collective working with both established artists and young people from urban communities to produce dynamic and high-octane hip-hop theatre.

In 2007 he co-wrote, acted in and rehearsal directed the piece The Adventures of Carl Brogan, a Sharpening SAWDS production directed by Baba Israel and performed at Contact Theatre. He has written and performed a solo show Contradictions and co-founded the Pen-ultimate poetry collective.