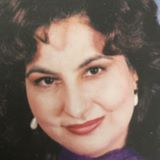 Google’s definition of art as ’something that is created with imagination and skill and that is beautiful’ very aptly sums up what I regard as an artform. In terms of being an artist myself, I guess the art that I make is short stories, novels, screen/TV Scripts, and journalistic/feature articles.

Creativity is of paramount importance in all forms of art. I find the engine of creativity; the imagination, an utterly beautiful thing. Watching characters coming alive on my page or laptop screen and creating, scenes, dialogues, locations, and stitching scenes together for a drama serial, and milking each one for drama-an exhilarating experience.

Ideas are central to my literary work, in my novels, The Holy Woman, Typhoon & Revolt, stories and drama serials. For example, I raise awareness about dyslexia, cancer & domestic violence in two of my drama serials. I feel strongly about women’s lives, including writing about a woman who has been raped in my second novel, Typhoon and still suffers from the trauma and a feeling of shame late into her fifties.

Your new short fiction collection, The Concubine and The Slave Catcher was released in Autumn 2017. What were your inspirations for this particular collection?

My latest work, The Concubine & The Slave Catcher is a collection of stories from around the world. The stories are set on four continents, and at different periods in history. Inspirations for these 10 stories written over 25 years, were places, people, incidents and historical events.

I have focussed on the drama of human relationships, played out against various scenarios and historical landscapes: the daily struggles for survival of Jews in a Polish concentration camp; the selling of slaves in 18th-century Boston; the tragedies of the partition of India and Pakistan in 1947; migration and modern-day friendships in Abu Dhabi, and the fatal jealousy of an Incan concubine and a Spanish wife in 16th -century Peru. For example, Train to Krakow is about the holocaust and came from a visit to the Birkenau concentration camps.

The titular story, The Slave Catcher demanded intense historical research and was conceived when I watched a film about slavery in Boston’s Museum of African American History. Watching this film was epiphanic: within ten minutes, I had the idea, the characters, and the storyline in their entirety!

The process surrounding the partition of India and Pakistan horrifies me to this day. Imagine a line being drawn on a map of India, thereby making millions of people refugees overnight. I had to write this story, as I was gripped by the scale of the human tragedy and I remember hearing my aunt’s account of heart-wrenching separation from and pining for her Hindu school friend Gopi to this day.

You were recently hosted by Manchester Literature Festival and Gaskell’s House to discuss this collection.  What do you enjoy most about speaking at events in your home city?

It’s lovely to interact with and share one’s work with fellow Mancunians and local readers in one’s own city. At my Manchester Literature Festival event in Gaskell House, it was delightful to spot a school friend and a neighbour turn up. The highlight of that evening for me was the location- being hosted in the gorgeous home of my favourite author – our very own Manchester-based Elizabeth Gaskell, author of Cranford. It was actually thrilling to press the old Gaskell House door buzzer, knowing that Elizabeth had once pressed the same button! I loved sitting in her lounge posing for the photos with Cathy Bolton, the festival director. It was lovely to have Libby Tempest, the moderator for my session draw parallels and focus on similarities between Elizabeth Gaskell’s life and mine.

You were a writer at Commonword for many years and appear in a selection of our anthologies. What is your best memory from this time and what did you learn about yourself as a writer during those years?

I hold wonderful & fond memories of Commonword.  My fiction writing began with Commonword and remains the back bone of my writing career. That was in the days of Lemn Sissay, Pete Kalu, Cathy Bolton, Di Williams, who have all flourished both as writers and in other fields over the years.

My very first story, A Pair of Jeans, first published by Commonword Crocus books in 1988, in an anthology of women’s short stories, was the result of me joining the Tuesday morning women writers’ workshop.  Now it is internationally known, translated into four languages & studied in German & English schools. Other stories followed- The Elopement, The Discovery and Escape, published in other Commonword anthologies, ‘Black & Priceless’ and ‘Migration Stories’.

I found the writing workshops inspirational. I remember the one by Peter Kalu on how to sell and market our work; as an aspiring writer they motivated me a lot to write more stories and get my work published. I was well supported, found myself eager to read short extracts at the writers’ meetings and constructively learnt from the feedback we received from fellow writers. The best memory is winning the first prize for a Commonword competition for a story New Spheres and New Horizons published in Black and Priceless anthology.

In 2016 you won the National Diversity Lifetime Achiever Award for Services to Literature, Education, Gender and Interfaith Activism.  How did you feel when you were announced as the winner and what does this well-deserved accolade mean to you?

To be honest, I was bemused and surprised on winning the National Diversity ‘Life time achiever’ Award. It was a truly humbling process, with many extremely talented & achieving women listed under that category. Even my acceptance speech was cobbled together before I got to the stage to receive my award from Sol Campbell, the famous footballer. My sister who was with me, was so excited!

I am continuing my work in different fields, including in actively promoting better relationships between different communities, fighting hate, promoting unity and celebrating diversity. First thing that goes in my suitcase on my international literary tours is my peace banner, ‘Spread Hummus Not Hate.’

In October 2017, you were listed and recognised as Number 1 in the ‘50 most influential women in Manchester right now’, What impact has this accolade had on your life?

Again, I was bemused. I am still getting my head around this label ‘influential’. A humbling experience indeed. Such amazing and dynamic women are part of this top 50 list, including Dame Carol Ann Duffy and Rebecca Adlington OBE.

In terms of impact my public engagements have increased, including speaking at the European Parliament about women’s lives in warzone countries. As an international author, I am actively using my literary work as a tool for cultural bridge building, and speaking up to tackle anti-Muslim hatred and stereotypes relating to Muslims.

What advice would you give to aspiring novelists and short fiction writers when it comes to approaching publishers and venues with their work?

To an aspiring writer I would say- don’t give yourself a hard time, worrying about it all. Just write and keep on writing at whatever point of the narrative – the beginning or the end of a piece- it’s better to write something, rather than being pedantic with the first draft.

Don’t let your article, story or novel go out of your hands until you have done your very best. Polish your work well before passing it onto the editor. Nothing is worse than a sloppy manuscript with grammar and spelling mistakes.

‘Hook your reader’s interest from the very first paragraph’ was the best advice I received. If you run out of ideas and end up with a writer’s block -don’t fret- do something else; edit what has been written, do research etc. It is better you carry on with some other writing related chores.

Share your manuscript. Get it read by people who you trust. Don’t baulk at the constructive criticism that is likely to come your way. Instead learn from it.

Don’t be distressed or put off by the editors and publishers’ rejection slips- it’s a normal part of the writing trade- grow a thick skin and just carry on! Be persistent, someone out there might just be waiting for that story or novel of yours!

As well as working on my latest novel, set in Morocco, I am going to be extremely busy with a major, ambitious project of mine. I am setting up a Muslim Arts and Culture Festival (MACFEST UK) in Manchester in November 2018; with its four strands; literature, education, art, and culture. The mission for the festival is to bring Manchester’s diverse communities together, to remove barriers, educate, raise awareness, and, celebrate the rich Muslim heritage in Manchester.

My novels, The Holy Woman, Typhoon, Revolt and, collections of stories including the latest, The Concubine & The Slave Catcher are available on Amazon. Information about my writing life and events are normally listed on my website.www.QaisraShahraz.com