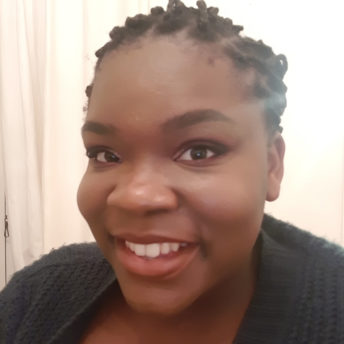 Art is whatever you want it to be. It’s a bit of a non-answer I know, art is so expansive it’s hard to pin down. I guess, if I have to give an actual answer, I would say that art is when someone creates something that has purpose beyond the purely practical.

I make poetry, have been for years. Started off with page work, found my home in spoken word and now I straddle the two.

Your chapbook, Vivat Regina is being published by Dog Horn this month, supported by Commonword and Superbia. What inspired you to write this collection? What do you hope readers take away from it?

Once long-ish ago, when I was in the 2nd year of my history degree, I was procrastinating so I decided to call my sister. We often bounce ideas off each other and come up with sprawling, completely un-writable epics. That evening, we were talking about fairy stories (I was on a bit of a Robin McKinley kick at the time), and about what it would mean to have the post of “fairy queen” inhabited by a human invader. The concept quickly became a favourite of ours, something we talked about all the time, adding to and editing over time. Then, in the middle of 2017 I went screw it and started to write this fairy queen.

As for what readers take from it? I hope they don’t trust the queen. The chapbook is an exploration of conquest/imperialism. I want readers to see what the queen says, and contrast it with what she does, and I want them to apply that same scepticism to the world around them. Beyond the philosophical, I just want them to enjoy the book and think about it and find more art like/unlike it.

You began attending Identity, our BAME/POC writers group last year. How has this influenced your writing process?

I think my writing has a lot more colour and texture now, so I hope it gives readers a better sensory experience.

Mostly, I’ve become more intentional about my writing. My instincts are to feel my way through the writing process until I stumble across the right words. Being challenged to justify why I’m choosing a certain word, image, form or story has made me think about that whilst I write, which has made my writing more powerful and more coherent.

Plus, I’m way less precious about my writing. Having something I love picked apart and all its flaws exposed has given me a much thicker skin which makes rejection so much easier to stomach these days.

You’re a seasoned spoken word performer, what do you enjoy most about the spoken word scene? What advice would you give to first time performers?

I love that there’s this wonderfully supportive atmosphere. Open mic nights are a really encouraging space for trying new things. It can be hard to know whether a poem works until it comes in contact with an audience. Spoken word audiences are endlessly kind and make that process (and the vulnerability that comes with it) less scary than it might be

It’s never going to be not scary so just do it. That said, preparation will make things go much smoother. You don’t have to memorise your poems, but make sure you’re really familiar with them. Your first performance isn’t going to be your best, that’s fine. It might not be super fun, that’s ok too. Just do your best, ride the adrenaline high, and come back next month (or don’t. I’m not the boss of you).

By day, you’re an accountant – do numbers and your poetry ever intersect? Or do you keep your two lives very separate?

They don’t interact at all. My excel skills are handy for keeping track of things like performances and journal submissions, but that’s about as far as it goes. It’s like using 2 different sides of my brain. I hope they’ll have more crossover at some point, it would be nice to integrate those sides of my life.

I’m not entirely sure! I’ve written a couple more pamphlets which I’m going to try to find homes for. I’d like to write a spoken word show but that’s still the kernel of an idea. I guess I’m going to spend time experimenting and exploring, especially since I need to balance writing with my accounting exams.

For curated content (including lots of works in progress and spit-balling), have a look at my Patreon.

Sum up your experience thus far in one word.