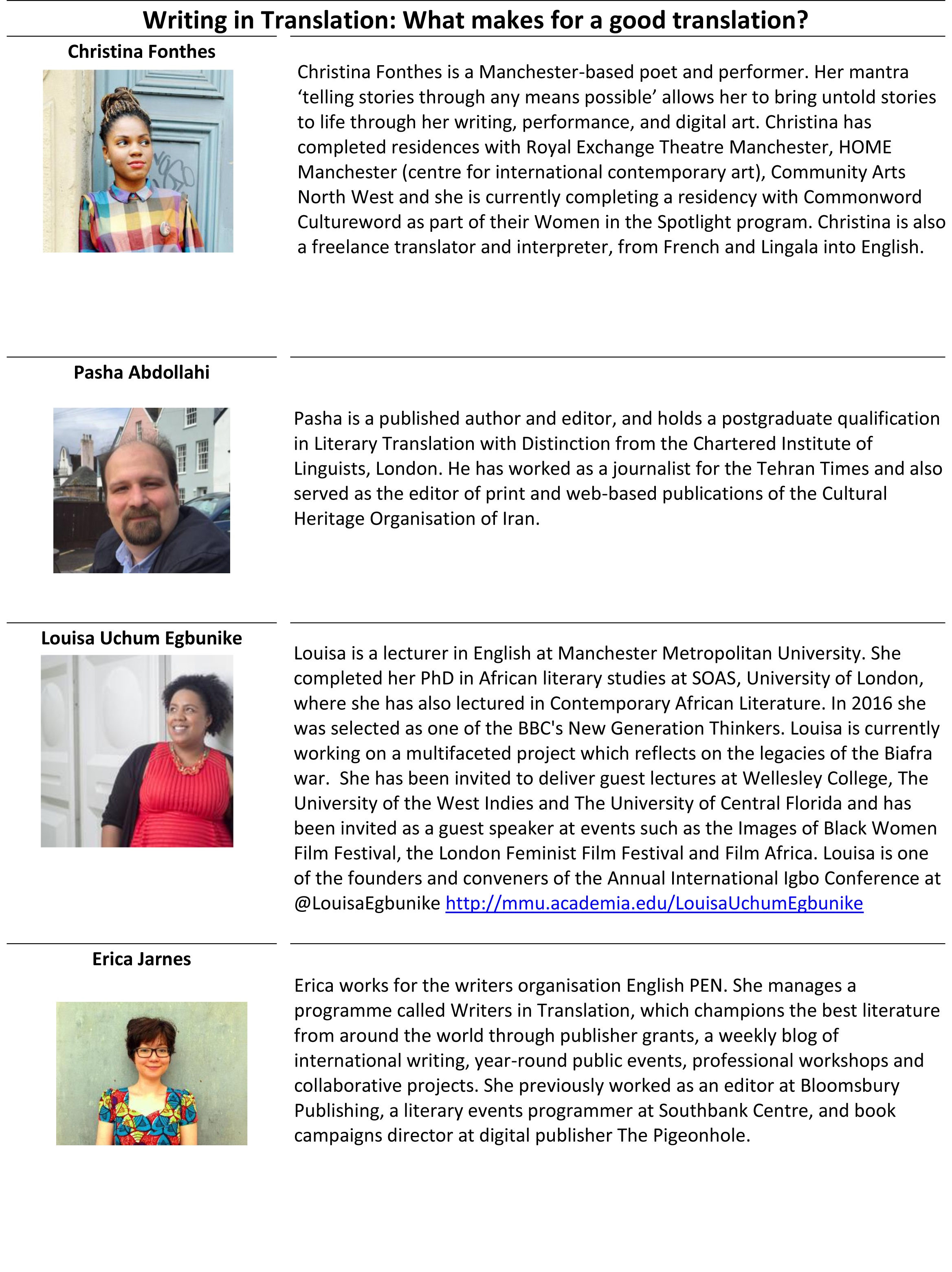 Christina Fonthes is a Manchester-based poet, performer and translator

Pasha Abdollahi is an editor, author and worked as a journalist for the Tehran Times