The Nile Club was a well established part of the community.

Everyone knew about it, and though people had varying opinions on the club, it provided a place for everyone to go and have fun. 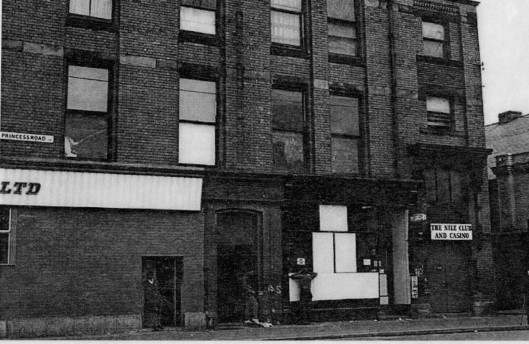 “The Nile Club was well established and there was never any fights in there, and it was run properly and everybody was having a dance and everybody met up and had a chat.  Everybody loved going to The Nile Club.” (Dorothy Skinner)

“I went to the Nile, used to go from downstairs, upstairs. But I can count on me hands how many times I went to the Nile. It was a place where women went, Some would take their shopping with them and go in. And they’d done their shopping and they were there for the night, put their groceries at the side and they were getting bladdered. One opened a tin of… I don’t know whether it was dog food or cat food, and ate it. Cause she was hungry. It was very rough. Very rough.” (Dorothy Jasper)

If you have any images or memories of The Nile Club/ Moss Side and Hulme, let us know!