In The Quest for the Ultimate Slam Poet, Commonword presents

3 minutes to rock or shock the mic 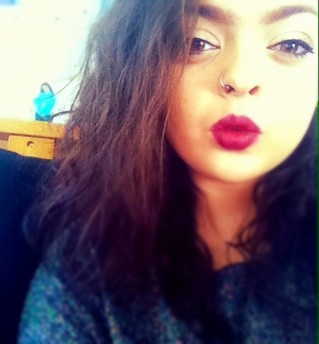 Paris is a poet from Leeds. She belongs to the poetry group Leeds Young Authors and has competed at the international team poetry slam ‘Brave New Voices’ and is a regular performer. Paris is currently studying her A Levels and is an aspiring theatre director. In her spare time, she likes to write, cook and can often be found napping.

HEAT 2 – WOMEN’S HEAT MANCHESTER In association with FOR BOOKS’ SAKE. 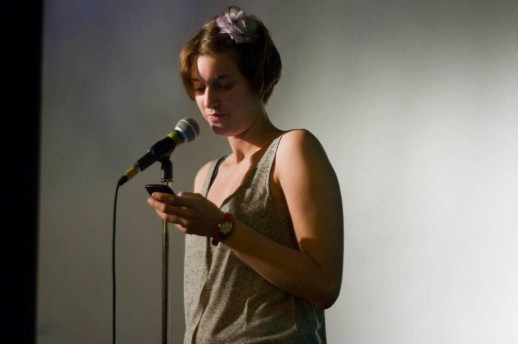 Rebecca Audra Smith is a lyrical, queer feminist poet living in Manchester. She is a founding member of Stirred Poetry Collective with an MA in creative writing from MMU. She has a piece about bikini waxing in the Bloodaxe Anthology, ‘Raving Beauties’, which pretty much sums up her work. You can see her perform at http://imaginingequality.imow.org/content/we-are-all-equal-now 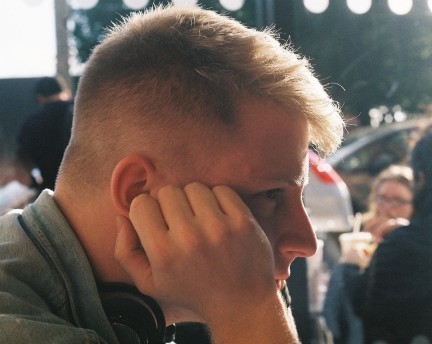 Alex Webb is a poet from Cambridge, who now lives in Manchester. He has been published in Bunbury e-zine and Miracle zine. Alex is still adjusting to the real world after graduating Uni last year. He works/writes for M20Collective and Sleepy House Press and is spending his year trying to figure out what he wants to do creatively. You can find his stuff at www.independencedaywriting.wordpress.com

HEAT 4 – LEICESTER HEAT In association with Dare to Diva 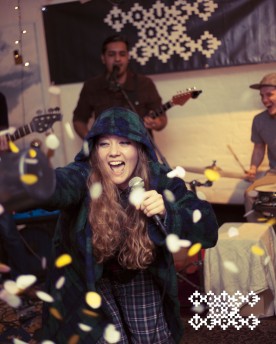 Jenny Hibberd a.k.a Hibword started performing on Leicester’s spoken word circuit two years ago. She has read at various events around the city and this is her first poetry slam. Jenny is involved with an array of creative collaborations. She runs an interactive variety show called House of Verse, which is a platform for a plethora of practitioners from spoken word poets to comedians, live musicians to DJs, beatboxers to dancers. A lucid lyricist obsessed with wangling words absurd, listen out for Hibword. 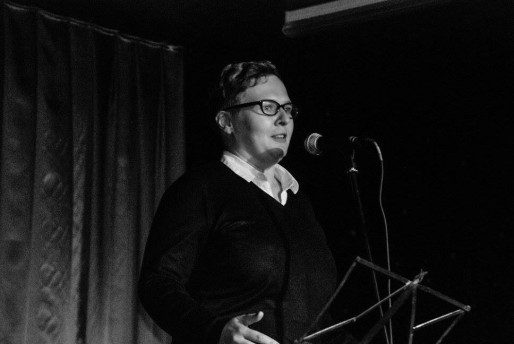 Sarah Thomasin is a sex educator, equality and diversity trainer and performance poet from Sheffield. These roles have occasionally been known to combine. Sarah is a former winner of the Wordlife slam and the Poetstars slam in Sheffield, hosts the Sheffield heat of the Anti Slam, and will be competing as a finalist in the Hammer and Tongue slam early next year. She finds performing poetry terrifying but exhilarating. Like bungee jumping for nerds.
You can find out more at sarahthomasin.com or follow her at @wordgeeksarah on Twitter.

HEAT 6 –  MANCHESTER HEAT In association with Dare to Diva 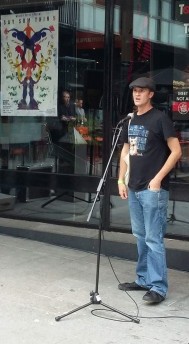 Jon Compliant is spoken word artist/performance poet from Wrexham, North Wales. Part of the Voicebox collective, Jon has been getting away with using poetry as an excuse for heavy midweek drinking for a while now.

HEAT 7 – LIVERPOOL HEAT In association with Writing on the Wall
WINNER: RAVEN MAGUIRE

Raven is a 21 year old spoken word artist who grew up traveling the world and moved to Liverpool in 2011. With a background in theatre she joined 20 Stories High Young Actors Company where she performed in various shows. Their most recent production ANIMALS saw Raven not only take to the stage but also co-create scenes alongside writer and director Keith Saha, her spoken word piece ‘My Brother Ryan’ got featured in the show. She is also the recipient of the Regional Theatre Young Directors Scheme where she assistant directed the play PROMISES alongside Julia Samuels. She is currently developing herself as a recording artist and singer and has created an experimental music video ‘Free At Last’, which you can find on Youtube.
She is a wordsmith who has a passion for rhymes, recently being described as “the power pack of eloquence herself” by Jennifer John, Creative Director of Sense of Sound. All of her work has a common element of creative writing that strives for collective evolution; her content always pursues higher consciousness and expansion of the mind. Raven loves challenging belief systems and instigates positive empowerment of the individual. She was recognised by Nick Bagnall and taken on as an ‘Ignition’ Artist with the Liverpool Everyman and Playhouse Theatre. Raven is excited to be the Liverpool finalist of Superheroes of Slam and looks forward to competing in Manchester!

Rose Condo is a writer, performer and multi-slam winning poet who hails from the Canadian prairies. In 2014 she toured her solo spoken word show, The Geography of Me to her home city of Winnipeg, the London Free Fringe and the Edinburgh Fringe. She won Manchester’s 2014 Word War One Slam, Newcastle’s 2015 SLAMalgamate and the 2015 Say Owt Slam in Edinburgh. She regularly performs at spoken word events around the UK and will soon begin leading poetry workshops for students and educators.
www.rosecondo.net @prairiepetal

HEAT 9 – WIGAN HEAT In association with Write Out Loud 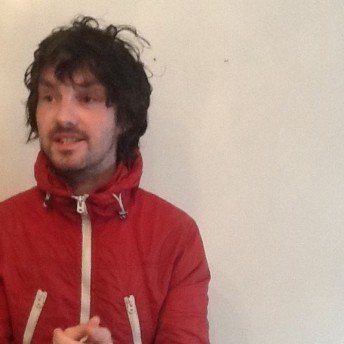 Trev Meaney is a performance ‘poet’ from Lancaster. Mostly tired and haggered but still full of high energy beans, fast paced delivery and very much performance based. Poems include: chicken, DIY disasters, bionic hoovers and other hard hitting issues. Hugely proud to be commissioned to write and perform for ‘Do You Own The Dancefloor’ premiere at RNCM in front of 600 people and in the same month my one man show ‘Meaney’s Mouthburst’ had just 2 audience members, and they were friends! We decided to go to Burger King instead, it was quite nice. Not quite KFC or Nando’s but…er…yeah. I’m not very good at biogs because I tend to waffle. Thank goodness I haven’t this time!

The grand final champion will receive £250 and an Arvon week of their choice in 2016 (subject to availability).