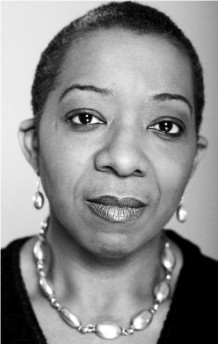 Shirley is a poet from the Speakeasy Collective, Manchester which she co-managed for five years. Shirley is published in several anthologies, books and magazines, including The Suitcase Book of Love Poems. She is also a member, of Commonword’s writing development agency. she writes from a Caribbean Diaspora  reference point, her writing includes,her expression of being part of the black British experience. Performing predominately in the North West, she has also performed nationally and internationally, appearing at the Nuyorican Poets Cafe in New York and the Calabash writing festival  in Jamaica. She is the director of Young Identity writing collective in partnership with the Contact Theatre. She has worked for 18 years to promote a culture around performance poetry to make it “cool” and happening. Her work includes mentoring and supporting new writers in schools and community groups. She joined Commonword in 1996.  She says not only has Commonword helped her develop her writing skills but it has also enhanced her employment opportunities by improving her mentoring, advice and support skills for young people.