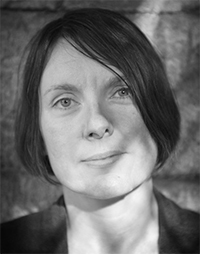 Rachel was an English Literature lecturer in HE for eight years before she started writing seriously, having been inspired by courses run by the WEA and at Arvon.  She writes fiction and radio drama, and a smattering of non-fiction.  She was a finalist in Commonword’s ‘First Three Chapters of a Novel’ competition, which she says gave her a much-needed boost of confidence. Commonword then found her a place on a mentoring scheme with The Literary Consultancy, paired with Sara Maitland. This process improved the manuscript dramatically and  the lessons learnt she considers to have fed into everything she has written since. Her debut novel Sisterwives was published by Crocus Books and launched at the Manchester Literature Festival in 2011. Through Commonword, she learned how to pitch her work more effectively through their ‘Is There a Novelist in the House?’ event. She recently received her first radio drama commission and her play ‘The Cloistered Soul’ will be broadcast on BBC Radio 4 early in 2014. She is a reader and editor for the literary consultancy, Cornerstones. She runs occasional workshops in community education and work as a freelance writing mentor. She also works part-time for Arvon, the creative writing charity, where she hosts residential courses at Lumb Bank, former home of the poet Ted Hughes.  She is currently working on her second novel.

“Commonword gave me an opportunity to further my craft and to publish my novel at a time when I felt I was floundering in the wilderness.  They provide a much-needed springboard for new writers, and for those whose voices might not otherwise be heard.”

read her writer of the month interview here: https://www.cultureword.org.uk/writer-of-the-month-rachel-connor/