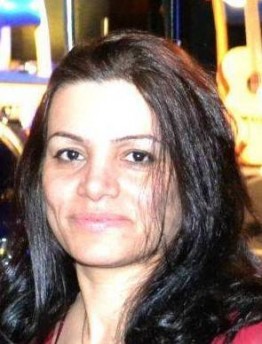 Fereshteh Mozaffari was born in Iran in 1975. She studied Politics and became a journalist in the state TV. She has published several papers in different magazines. In the last five years and during her exile in the UK, she has been writing short stories and radio plays, as well as working with Oxfam , Red Cross and Rainbow Haven as a volunteer. Her first collection of short stories in Farsi was published in London in 2015. She also wrote a radio play as part of a project for Leicester University in 2014. This was published in the anthology, ” Hidden Stories” in February 2015.
She has been participating in a CAN theatre play as a co-writer and actress in 2016. The show ”Standing In My Own Truth” has been performed in Bristol and Z-arts, Manchester. She is now working on her first pieces of fiction in English.