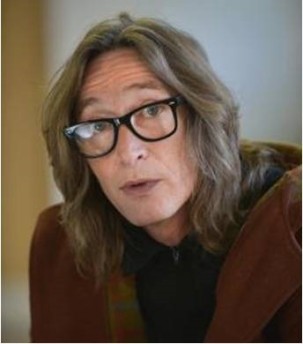 Mike was a librarian for 15 years before becoming a poet. His groundbreaking work with young people in inner city Manchester won him awards from the National Literacy Trust. He has performed his poetry since 1995 and has worked in USA, Hong Kong, throughout Europe and the UK, supporting John Cooper Clarke on his UK tour and regularly performing  with bands like I am Kloot, Badly Drawn Boy and The Fall. He has published two poetry books – Mancunian Meander and God is a Manc.  His poem The Threads that Weave, was commissioned by Manchester United and Nike. He is  a regular contributor on BBC Breakfast. He performs in Prisons, Mental Health units, Children’s Homes. He was Poet in Residence at Kendal Calling and Strangeways prison, his poems have been published in numerous newspapers, magazines and read on TV and Radio. Mike was commissioned by the BBC to write a poem commemorating the life of music impresario Tony Wilson.  The resulting poem St Anthony has been performed world wide at music conventions and festivals most notably the Ray Davis Meltdown Festival at Southbank.  Mike is John Cooper Clarke’s permanent support and has been for over 2 years because John is such a big fan of his work and believes that the balance of Mike’s style and delivery it adds beautifully to the overall show.

“I attended the monday night group at Commonword for over two years in the mid to late 90s and believe that by attending my confidence grew as a writer and performer.”