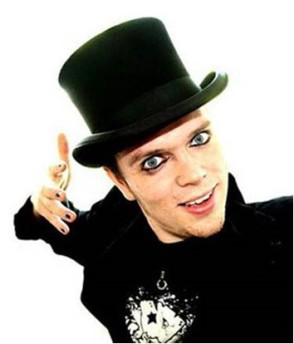 Dominic Berry is a slam-winning poet, winner of the Manchester Literature Festival ‘Superheroes of Slam’ in 2009 and New York’s legendary Nuyorican Poetry Cafe Slam in 2011. In 2012, he performed his poetry on Channel 4 and BBC Rhyme Rocket. He has three poetry collections; Tomorrow, I Will Go Dancing www.flapjackpress.co.uk and Wizard (for adult readers) and his book of children’s verse The Dragon Who Hates Poetry, all published by Manchester’s Flapjack Press. Dominic’s poetry theatre show, Wizard, has been funded by Arts Council of England and Arts on prescription and excerpts from it got Dominic through to slam finals in York, Cirencester and Leicester throughout 2011. 2013 has seen Dominic perform The Dragon Who Hates Poetry for a full summer run at Edinburgh Fringe before beginning a winter / spring national tour.

‘Commonword’s Monday Night Group was one of the first writer’s groups I ever attended. Through it I got invaluable feedback on my work, made friends for life and had many a great night out. A wonderful resource for developing writers. Highly recommend it!’