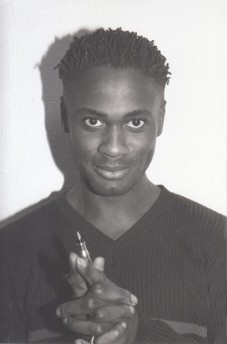 Award winning Mancunian poet Dike Omeje first took to the stage in 1995 and immediately earned high praise for his poetry performances. He was an active member of Commonword’s identity writing group, inspiring and encouraging his colleagues. Dike published two anthologies of his poems and through his work in schools, colleges and prisons he encouraged expression through creative writing.  Dike was an accomplished performer and poetry slam champion. He has been described as “a talent that comes round only once in a decade” and “A smooth mix of passion, intensity, and a sprinkling of humour with a metaphysical ‘eye in the storm’ of life”.  The US poet and activist Kalamu Ya Salaam commended Dike for his outstanding arguments in rhyme supporting performance poetry.  He regularly appeared on BBC Radio, performed as part of Black History Month at Manchester Art Gallery and  shared the stage with greats such as Benjamin Zephaniah and Linton Kwesi Johnson.