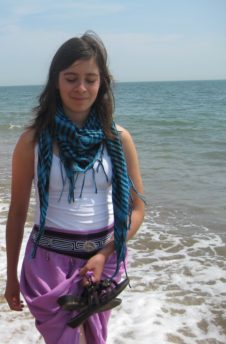 Rebecca Zahabi enjoys writing fiction, theatre and script, although she mostly works in prose. She likes experimenting with different genres and styles. She’s currently completing a MA in Creative Writing, and was long-listed for the Penguin WriteNow competition. She wrote and staged three plays in France as the director of a theatre association (L’Hippocampe Zébré), and did some travelling theatre between children’s holiday camps. This year she’s part of the Writers’ Young Company at the Royal Exchange. She also did some amateur filming: she wrote and directed the first few episodes of a comic series and worked on a short film.