Commonword was part of my life before I even knew that it existed.  In the early 2000s, I started to explore Manchester’s spoken word scene without realising that many of the poets and writers that I had seen perform were part of Commonword at some stage or another.

Almost two decades later, and I find myself working on its archive.  I’ve been cataloguing the items, going through old recordings, trying to work out who’s who. I’ve been in touch with some of the writers involved in the 1980s and 1990s to try to piece together the history of the organisation.

Commonword came out of the adult literacy movement in the late 1970s and was part of the Federation of Worker Writers and Community Publishers. It is one of only a handful of Fed organisations set up around that time that still exists due of its ability to adapt, change and continue meeting the needs of marginalised writers.

Writing by working class people about working class life, writing without pretention. Writing by school children. Writing by women who have experienced domestic violence. Then there are the Black writers. So many of them. Not all from London either. Their number put notions of multiculturalism and inclusivity to shame. Makes you wonder why a lot of arts organisations find it so hard to commission and meet their diversity quotas. 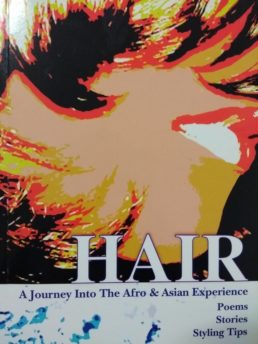 Some things really haven’t changed. In the box of photos, in a torn envelope, there is a reel-to-reel tape called Get Out More. It was put together by Northern Gay Writers, a group that came out of Commonword before the first Gay Pride took place in Manchester. It’s from 1987.  I don’t know what’s on it yet, but there is something comforting and familiar about a bunch of queers getting together to make a recording. Things like this were a staple listening in my twenties. Some of those people are doing the same thing now. I’m hoping it will be shambolic.  I can’t wait to find out. 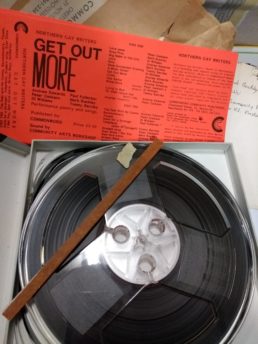 Some things have changed. Gay people can get married and we have more Black and Asian people in the media, and more women in public life. But most of them white. And a lot of those fundamental problems are still there. These archives are a measure of progress not just within publishing but in society as a whole. I’m hoping to look at some of these in future blog posts.

As part of the archive project, we’re holding a series of reminiscence sessions for writers who were part of Commonword in the 1980s and 1990s which will take place in Spring 2019.

Watch this space for venues, dates and times.