Basir Kazmi launched his bilingual book of poetry, ‘Passing Through’ – Hum Waha bhi Rahain. This Launch was part of the British Diasporic Literature in English and Vernaculars Conference, held at Manchester Central Library.

“Basir Sultan Kazmi’s poetry is distinguished by its craftsmanship, elegance and lyrical imagery. It is a poetry that is rooted in the richness of Urdu literary tradition, but also looks outwards to world literature. Many Urdu readers, already familiar with his work, will be delighted to see a collection that combines Basir’s ghazals with his nazms. For English readers, Passing Through illuminates the range of poetry penned by one of the finest contemporary poets in Urdu.” — Dr Debjani Chatterjee MBE

Basir Sultan Kazmi MBE
Born in Pakistan in 1953, Basir Sultan Kazmi is a poet in the ghazal tradition of his illustrious father, the late Nasir Kazmi. Basir taught English at the Government College Lahore where he also edited the literary magazine, Ravi. He undertook two Masters Degrees at Manchester University and was the news editor and reader for the BBC’s Asian Programme1990-91.
Basir has read widely in Britain, Pakistan, India, Middle East, Europe and USA. His Urdu poetry collections include, Mauj-e-Khayaal (1997, Maktaba-e-Khayal) and Chaman Koi Bhi Ho (2008, Classic), a play, Bisaat (1987, Maktaba-e-Khayal) and Bisaat’s translation, The Chess Board (1997, Penine Pens). English translations of Basir’s poems have appeared in several magazines and anthologies. Basir has also written extensively on the life and poetry of his father.
In 1992, Basir won a North West Playwrights Workshops Award. His plays have appeared at such venues as Greater Manchester’s Contact Theatre, Green Room, Octagon Bolton and Oldham Colesium and Liverpool’s Unity Theatre.
His poem, ‘Taking Time’, selected by the Poems for the Waiting Room project (2001), was displayed in UK hospitals and clinics. One of his couplets, with English translation (The true-hearted can settle – no matter which land. A flower wants to bloom, wherever its garden), was carved in stone and installed at McKenzie Square Slough, UK in 2008. Basir was awarded an MBE in the Queen’s Honours List 2013 for Services to Literature as a Poet.

Commonword is a writing development organisation based in Manchester, providing opportunities for new and aspiring writers to develop their talent and potential.

Our competitions, workshops and events act as a point of focus for many writers seeking encouragement and confidence. From small beginnings in 1977, we have grown into the largest new writing, community writing and publishing organisation in the North West. We work  on regional, national and international levels, promoting new writing and helping new writers become more successful.

We are a National Portfolio Organisation, receiving funding from Arts Council England.  We are part of the UK’s vibrant cultural sector. The cultural sector bring communities together and make lives richer. It also creates economic growth and jobs: it is one of the fastest growing sectors of the economy.

Click here to find out more about the great contribution the arts make to the national economy.

Our most successful novel in recent years is now available on Kindle.

Rachel Connor’s stunning debut novel, following the lives of two women living in Marah, an isolated religious community which has withdrawn from the city of Lot. As is customary in their society, these two women share the same husband, Tobias. Rebecca, Tobias’ first wife, is the daughter of an elder. Amarantha, the younger, has been abandoned by her mother, Frania, who carries the burden of truth about the community’s hidden past. But their sharing of love and life becomes strained with the intruding expectations and demands of the community…

Couple of clips from the launch of Chanje Kunda’s debut collection, Amsterdam. 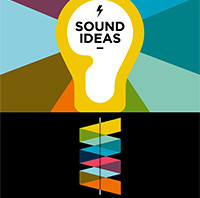 RUN BY ARTISTS AND INDUSTRY PROFESSIONALS, EACH 2-HOUR WORKSHOP WILL GIVE YOU THE OPPORTUNITY TO WRITE AND PERFORM ORIGINAL MUSIC, LEARN TO PLAY A VARIETY OF INSTRUMENTS AND USE THE LATEST MUSIC PRODUCTION SOFTWARE AND SOUND EQUIPMENT. THE PROJECT CONCLUDES WITH A LIVE PERFORMANCE AT A CITY CENTRE VENUE TO SHOWCASE YOUR NEWFOUND SKILLS AND TALENTS.

ON COMPLETING THE PROJECT YOU WILL RECEIVE A RECOGNISED QUALIFICATION AND THE OPPORTUNITY TO EXPERIENCE WORKING IN THE MUSIC INDUSTRY.

STARTING MID FEBRUARY IN LONGSIGHT, MOSS SIDE AND OLD TRAFFORD 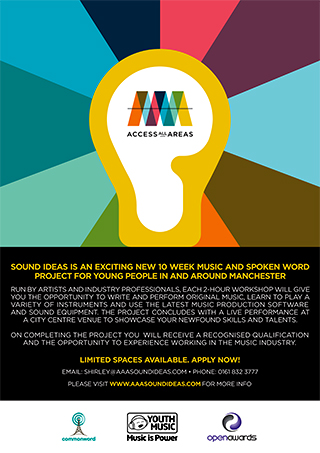