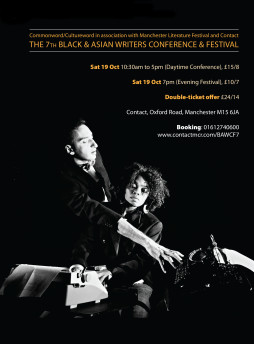 The Conference will feature the following debates and workshops:  Writing For Children:   How do we get more diversity into published children’s writing?  Women poets and the stage:  the reception and subtle exclusions that female spoken word artists face in public space that remains dominated by men.  Queer writing:  What space does the black queer writer occupy? Is there ‘room at the inn’ for black queer writers? How does ‘double discrimination’ inform and undermine our writing?  Freedom and Resistance:   ‘Tortured, the Truth, Remains  And Will Free Itself. How has the relationship of writing and resistance  changed in the 21st century?

There are two specific young writers’ workshops and a performance opportunity all  led by Young Identity young writers group.

To see the programme for the day please click here

With thanks to Arts Council England for funding.  Thanks to all the partners & the sponsors.